So I haven’t finished HLA yet. According to Steam I’ve played it for 6 hours so far, so here’s what I think.

Despite making Garry’s Mod and knowing pretty much everything about Half-Life 2, I wouldn’t consider myself a Half-Life universe fanboy. I enjoyed the story less as it went on. There are things that interest me, mostly the human side, the displaced and downtrodden people. The holocausty aspect of it. The grim discoveries, like the piles of burn corpses on the coast.

Alyx as a character is totally flawless – and that’s a bad thing. You like Kleiner because he’s dizzy and he has a pet. You like Mossman because she’s a slut. You even like Breen because even though he’s getting it wrong, he’s doing what he thinks is the right thing.

I didn’t really enjoy the Half-Life Episodes, I put that down to being too close to the Engine. I was running around looking for new entities and models to exploit in GMod. I didn’t care about the story progression, I barely remember what happened at the end of Half-Life 2. 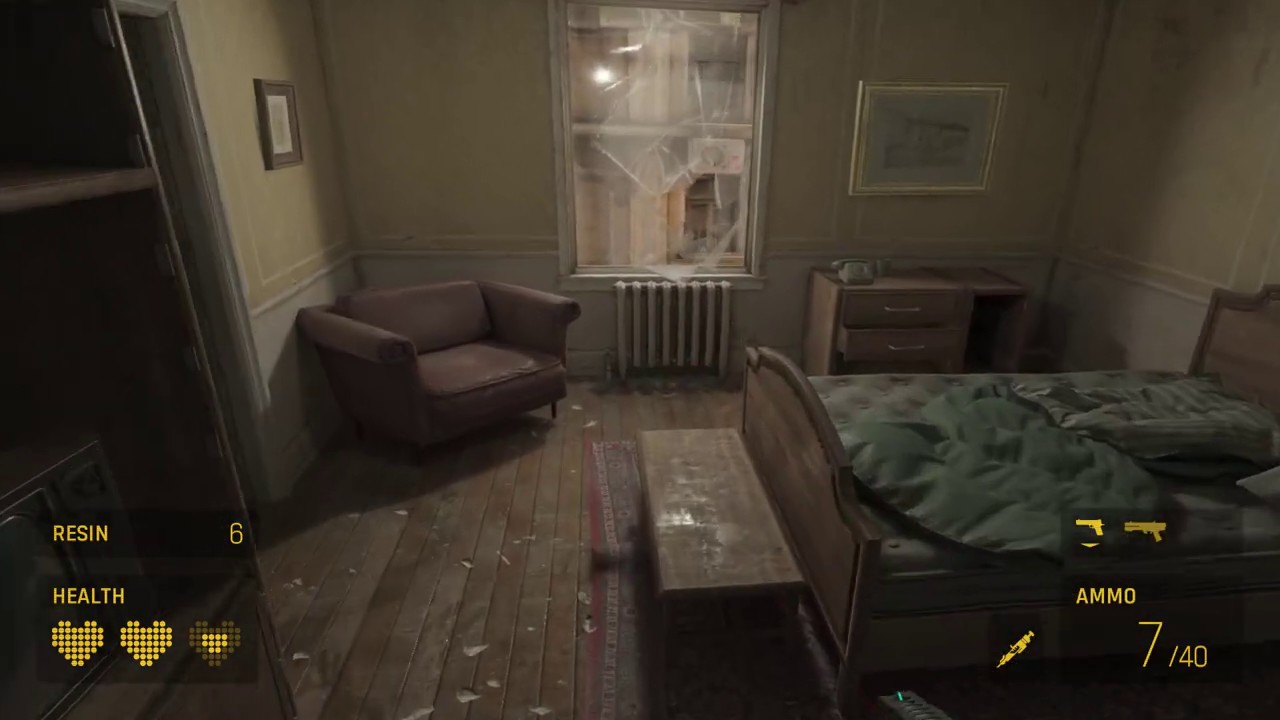 Alyx blows me away. I just think like, how the fuck can humans make something like this. The detail, the physics, the framerate, the graphics, the gameplay, it’s just insanity.

It’s a legit work of art.

It reminds me of when we were knocked out by the Source 2, from the scans of magazine HL2 screenshots. Not being able to believe it could be a computer game.

The detail is immense. You really can tell that every room had people slave over it, they thought about how it was used, the kind of person that lived there, what happened to make them leave.

When I first saw the detail I thought to myself.. okay, this is going to be a short game. But it keeps going. There’s some obvious prop repetition but you find that in every new area there’s new props and textures that you didn’t see in the last one. I saw a hairbrush in a bathroom and I’ve made a conscious effort to see if it was used somewhere else – so far it hasn’t. 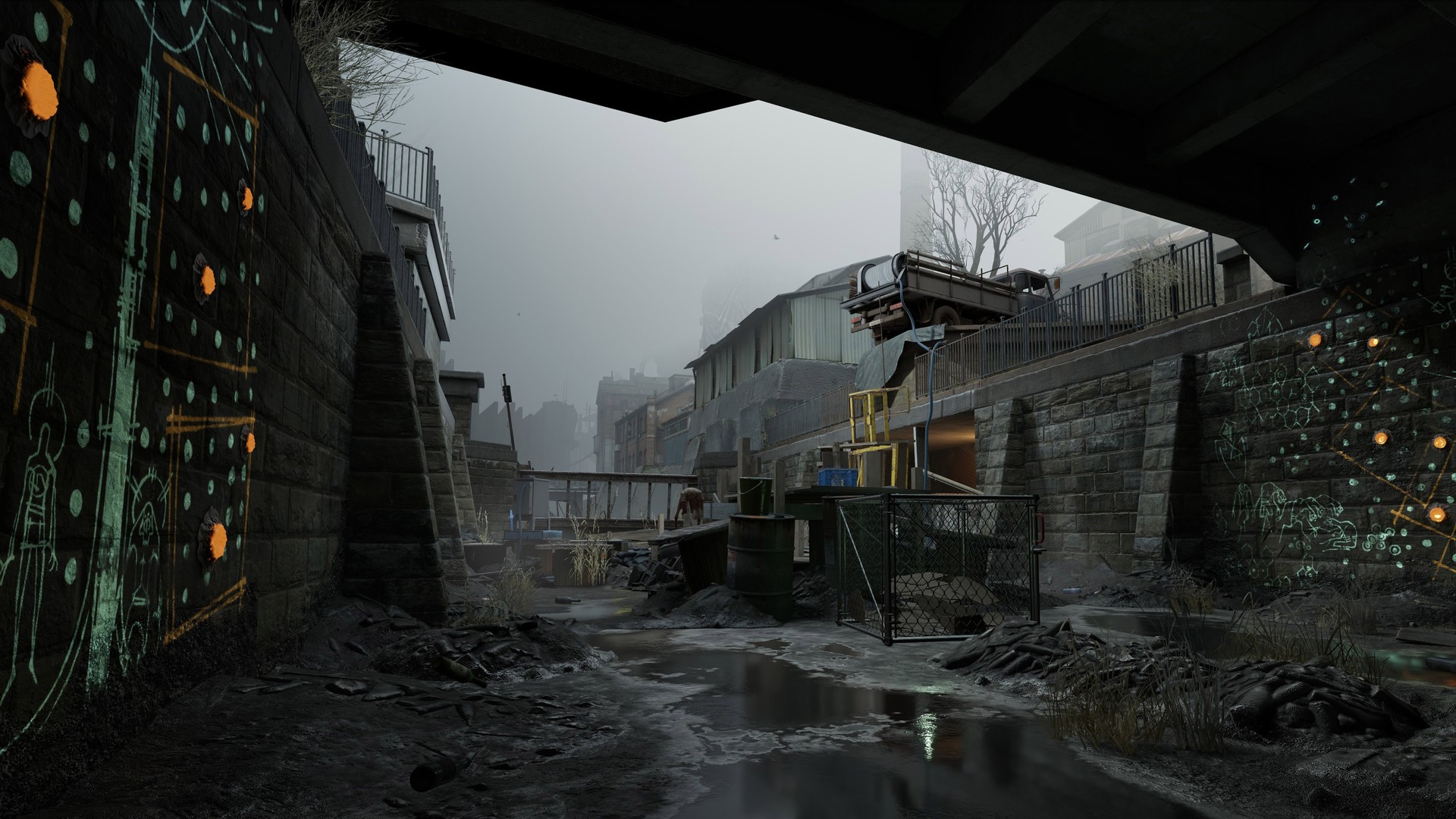 What the fuck is going on with the lighting. How does it look so amazing. Is it just VR thing that makes it look so good?

There’s some volumetrics going on here – is that what’s making it look so real? They really nailed the lighting.

The normals and reflections on objects when you hold them to the light is insane. I can’t really work out whether that’s an amazing Valve Art Guys thing or if it’s because it’s in VR.. because the Rust guns look unexpectedly good in Rust VR too.

I really can’t emphasise this enough. They really nailed the fuck out of the lighting.

I’m playing the game on Normal and it seems really well balanced. It’s challenging but not impossible. I have enough ammo but always feel like I don’t.

I started off feeling like the zombies took too many hits. One bullet through the headcrab should surely be enough. I think it’s like this to warrant using the later weapons though.

There’s no cheap shots. I always expect something to trigger something else to give a jump scare. Like okay – I’m going to open this door and something is gonna jump at me. I’m gonna pull this switch and that door will open and 10 zombies will charge though. There’s going to be a headcrab in this cupboard. None of that though.

The game progresses enough that once you start getting bored of doing a certain thing, it’ll introduce something new. The old Valve rules of 3 (see, practice, do) isn’t so plainly obvious as it was in the episodic stuff.

It feels a lot less hand-holdy than the episodes. 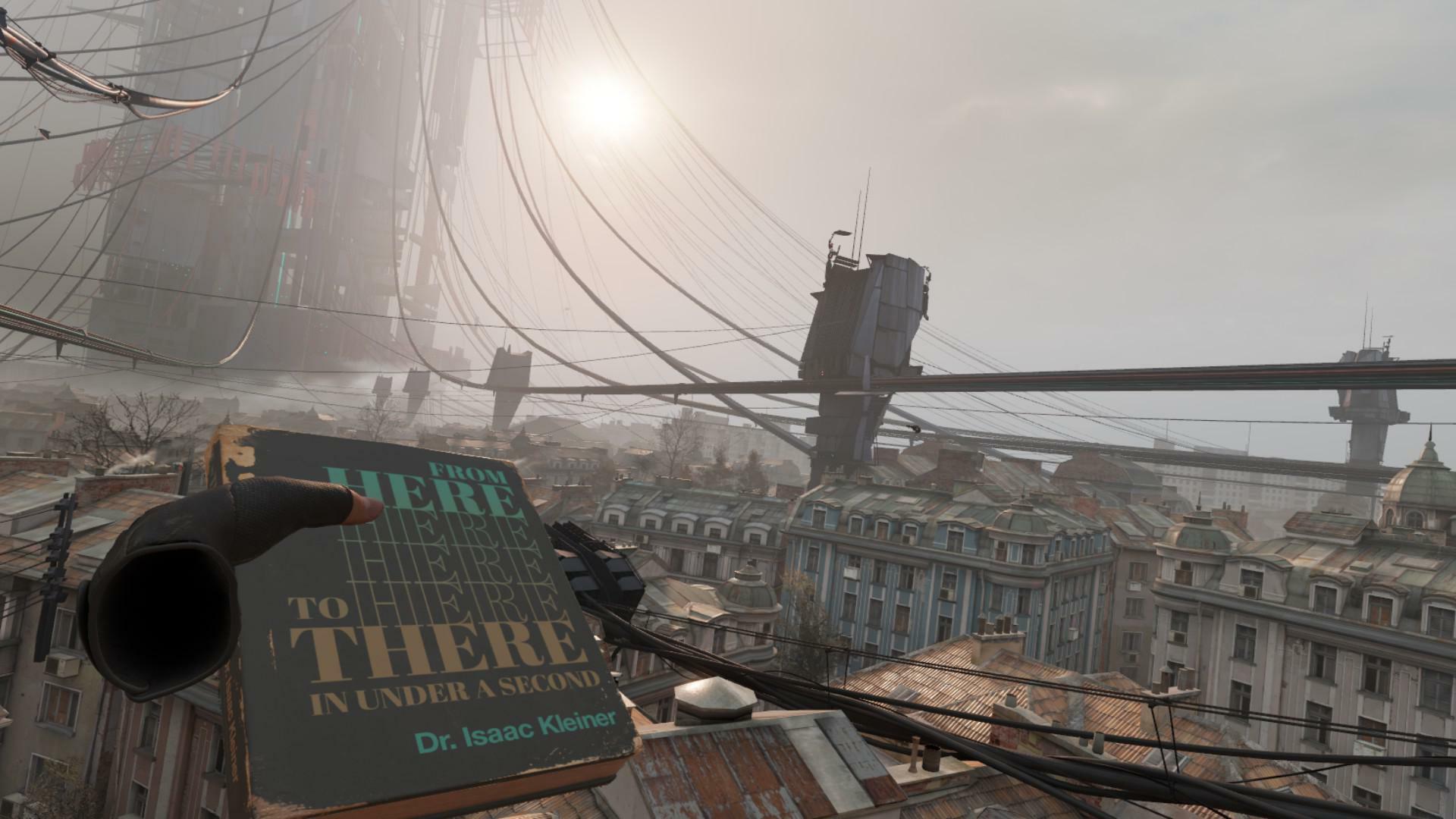 So what does this do to VR gaming? Are we excited for more VR titles?

Well, it’s worth playing standing up and having your face sweat and ache for a couple of hours at a time, and that’s a big step to get over. It’s an experience that any PC gamer should be getting if they don’t already have a VR system.

It’s a shame Valve aren’t on the catching end of that though. That they don’t have their own VR console and that their VR hardware isn’t readily available. It’s a shame people are going to end up giving all their money to Facebook to be able to play.

It almost feels like it was made out of VR philanthropy, like they know they’re not going to make money from it – but it doesn’t matter. When everyone said they were finished as game developers, they’ve once again proven that they can cement their place at the top of the industry for another 10 years.