A couple of times we've been watching a movie in my cinema and the sound has cut out.

The first time this happened was during a pivotal scene in The Martian, when the sound was really loud. We kept watching because we thought it was an artistic decision in the movie, to just drop it to completely silent to ramp up the tension.

I set a PC up to play games in there a few weeks back. I noticed a couple of days ago that when I played sound just through the back right speaker the amp just turned itself off.

So I managed to get it out of the wall and it looked fine. So I tested the wire with it disconnected and it still had continuity.. which could only mean one thing. It'd got fucked somewhere. 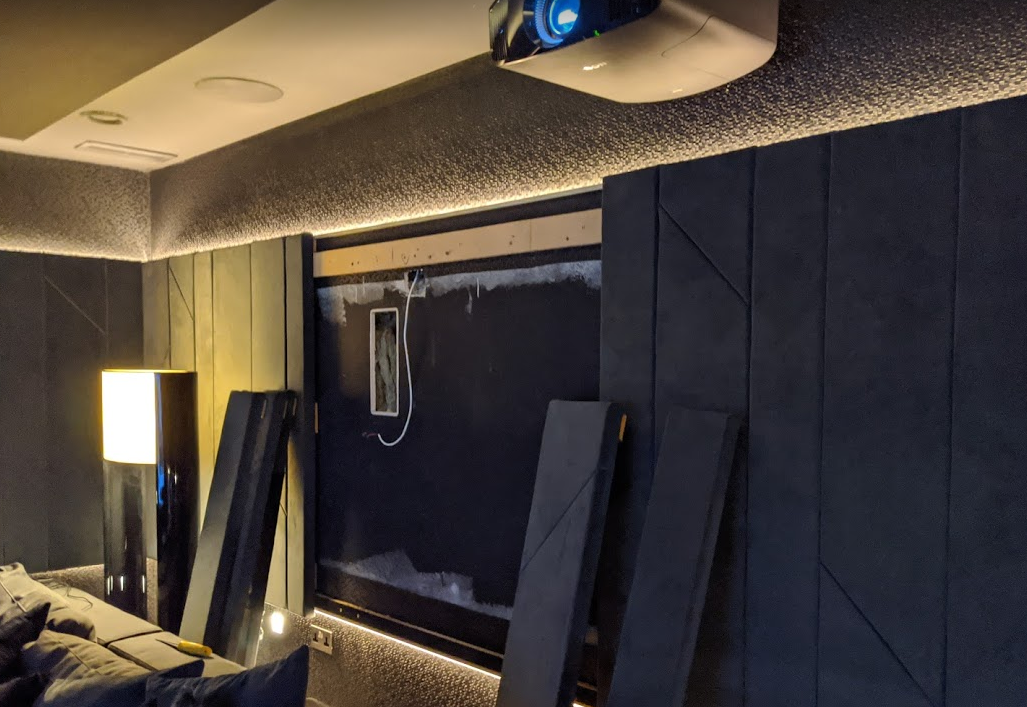 I could see the wire went up and to the right slightly instead of straight up. It had metal shielding but not until it'd reached a certain point. You an see the picture above the wooden plank that goes over the top, that had a couple of drill holes in it just aboive and to the right.

So I cut a hole. It didn't matter because it's all covered anyway. And sure enough.. 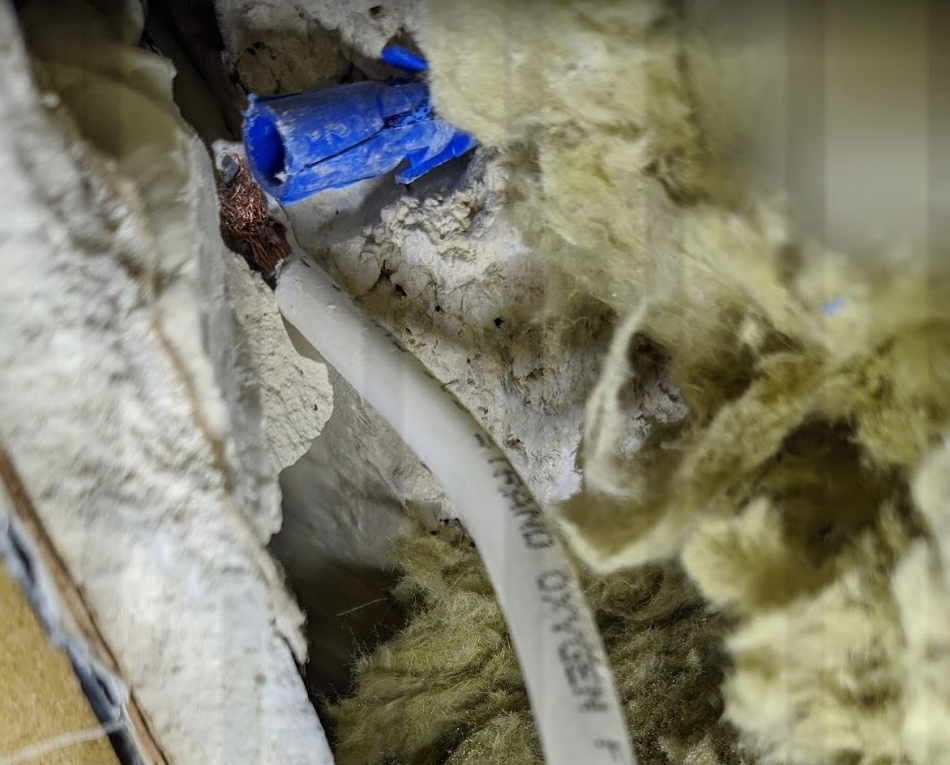 The wire was actually stuck in the dot and dab adhesive they stick the plaster boards on with, but I managed to saw it out and pull it out a bit more. You can see the hole here that peirced it. 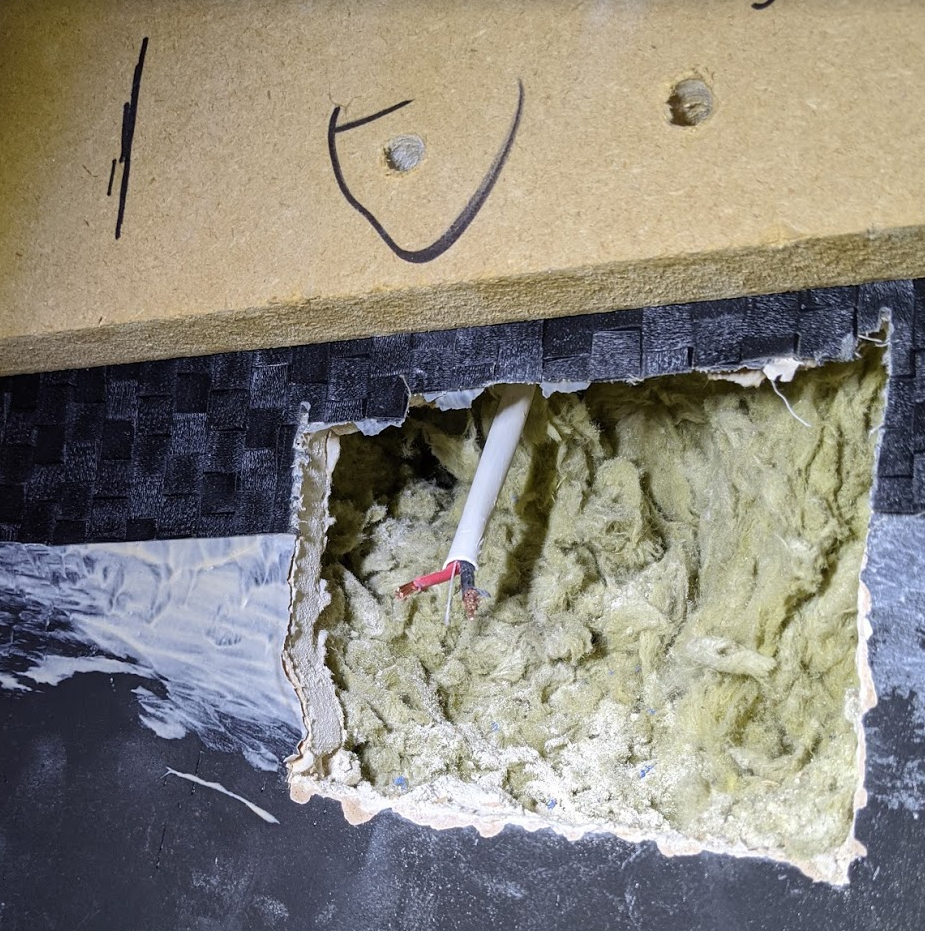 I got it all back connected. I'd have liked to have crimped these wires together properly instead of using a connector but I don't know how to do that properly yet. 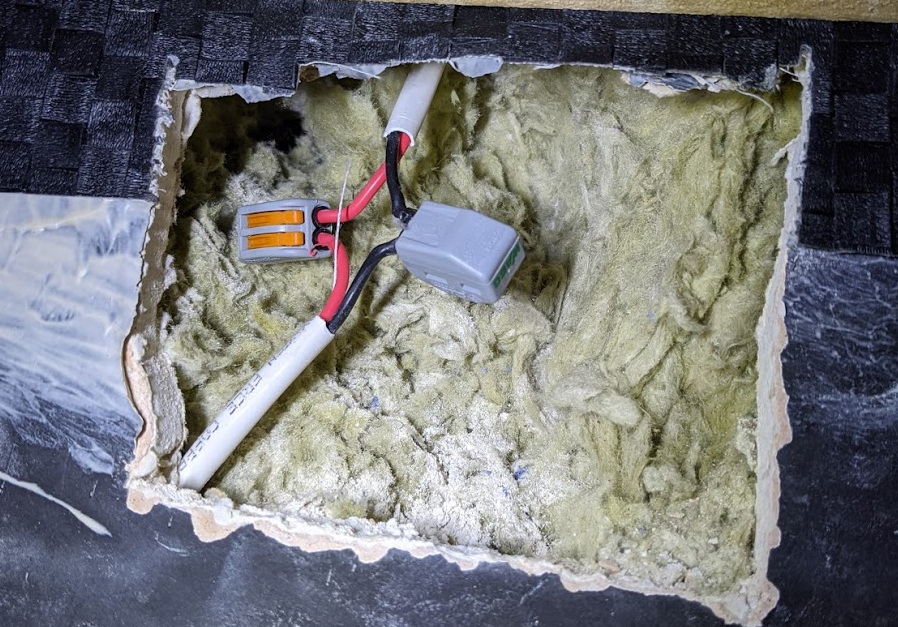 At this point Sarah came home and walked in on me. She saw the wall all off, the speaker off, plasterboard dust all over the floor and extra holes in the wall. She bought her hands up to her head and said "Oh god, what are you doing now?". 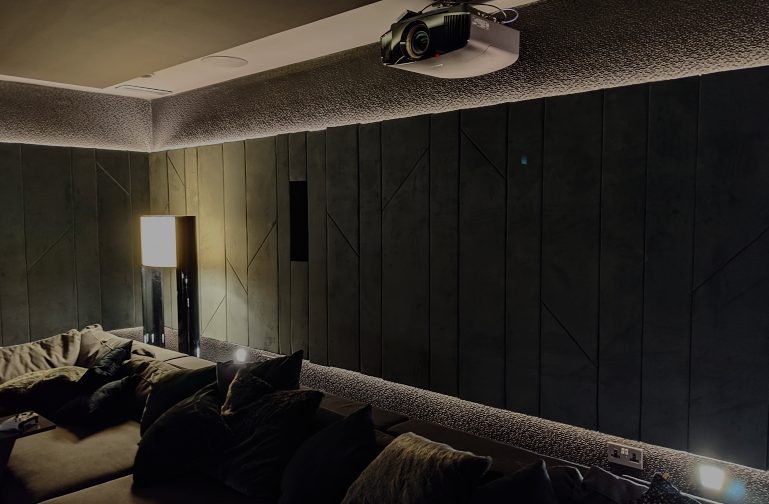 The problem was fixed though, and the wall went back on and you could hardly tell I'd fucked around.

So who's fault was this? You can't really blame the guy who put the wall panels on because he'd done what you would do, which is assume the wires go straight up or straight down. Sure he could have tested.. would a stud finder have found the cable with no voltage going through it?

The speaker cable was obviously going to the wrong spot and they'd had to move the hole a foot to the left. You can see how it would have been impossible to protect the cable from there, because it was stuck in the adhesive.

So I'm going to give a verdict of no blame. One of those things. It gave me the opportunity to fuck around and fix something so no big harm.